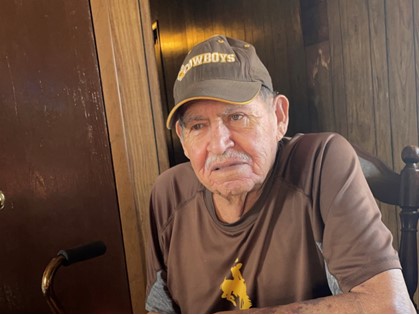 Guestbook 4
Nick Valdez passed away at his home on Tuesday, February 8, 2022, surrounded by his family. Cremation has taken place and a Memorial Service will be held this Summer.

Nick Aldolfo Valdez was born on June 3, 1943 in Douglas, WY to Rosendo and Elidia Valdez. He grew up in Douglas with his siblings.

Nick served in the U.S. Army and reserves from 1960 to 1964 being honorably discharged. He was a sharpshooter with the rifle and was an excellent marksman.

In 1965 he married Frances Green and together they had three children, Michael Valdez, Dedra Blount, and Cindy Gonzalez-Urrieta.

He later married Marjorie Bennett and they resided in Douglas, WY.

Nick enjoyed golfing, gambling, and in his younger years, team roping. Above all he loved to spend time with his family.

On-line condolences may be left at TheDavisFuneralHome.com Arrangements under the direction of Davis Funeral Home.