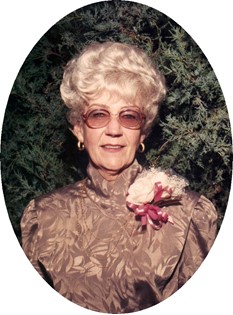 According to her wishes, cremation has taken place and private family inurnment will be in Glasgow, Mont., where her parents are buried.

Bernice May Milsten was born in Nashua, Mont., on May 13, 1924, the daughter of Martin and Emma Marie (Dyrstad) Milsten.

She grew up in Montana and had lived in Oregon, Arizona, and Nevada before moving to Lander from Seattle, Wash., in the summer of 1987.

Mrs. Wolf worked as a secretary in civil service for the U.S. government.

Her family said Mrs. Wolf was involved in the Senior Companion Program and enjoyed sewing.