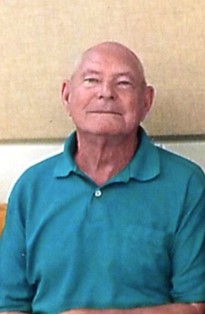 Carl Victor Engstrom was born on May 17, 1937, in Dubois, WY to Bertil Erik and Lula (Warpness) Engstrom. He grew up in Fremont County and graduated from Riverton High School with the class of 1955 where he was the Valedictorian. He graduated from the University of Wyoming in 1959 with a degree in Biology. He lived in Wyoming his entire life.

Carl served in the U.S. Army in the military police in the White Sands, New Mexico during peacetime and was honorably discharged.

Carl worked for Wyoming Game and Fish in Wildlife Management and Biology. He was instrumental in bringing the Black-footed Feret back from extinction in the early 1980’s. He was also working on the brucellosis program. He was very proud of both of these accomplishments. After retirement he remained in the Riverton area.

He loved to hunt, fish, and do taxidermy and then later his interests were t.v., his favorites were Survivor and Yellowstone. He enjoyed helping his brother, Raymond on his mail route. Carl loved children and was the “kid shuffler” (picking kids up and delivering them to afterschool activities) and growing things (he helped kids grow as well).

He is survived by his brothers, Robert Engstrom and Eddie (Teresa) Engstrom; sister, Peggy Catherine (Harlan) Fegler; and numerous nieces and nephews.

He was preceded in death by his parents, Bertil and Lula Engstrom; brothers Bert Engstrom, Jr. and Raymond Engstrom; sister-in-law, Daphne Engstrom.

Memorials may be made any organization dealing with Game and Fish or Kiwanis (directed towards the young people’s game and fish), in care of Davis Funeral Home, 2203 West Main Street, Riverton, WY 82501.