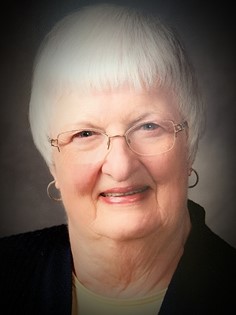 Margaret Reynolds, 87, of Riverton, Wyoming, passed away on February 25 in Tucson, Arizona. After successfully defeating cancer twice before, she passed peacefully in her sleep after a brief battle with pancreatic cancer.

Margaret was born in Mason City, Iowa to Dick and Abbie Anna Romey. She spent an idyllic childhood filled with friends, sailing, marching band, and adventures. She was an avid Girl Scout and would remember these times fondly throughout her life.

Margaret met the love of her life, George Reynolds, set up by friends who felt they were perfect for each other. They married in 1965. She left the workforce to raise her two sons and participate fully in their lives. She loved being a wife and mother as much as she loved her time as a career woman. When her sons went off to university, she went back to work at Central Wyoming College as a counselor. She was a champion of the underdog in education, and in addition to her counseling jobs, she served on the Boards for Fremont County School District #25 and the Central Wyoming College Foundation. Margaret was known for her ability to mediate in difficult situations and create solutions in conflict.

After she retired, Margaret traveled far and wide, from Sturgis to Switzerland, sampling life and all it had to offer her. She started spending her winters in Tucson, Arizona, making friends everywhere she went. She was a member of several clubs and groups at Far Horizons Resort and is sorely missed at cocktail hours throughout the park. She had a unique joy for life and was known for engaging and welcoming new members to the park. In Riverton, she was a member of many clubs and organizations including PEO, her church groups, and many others. She loved the performing arts and was known to have been given free tickets to theater productions for her ability to lead the audience with her abundant and loud laughter. We have been told so many times that she was the “life of the party” and heaven will be better for its addition of her quick wit and booming laugh.

Margaret was preceded in death by her husband George in 1991, and was looking forward to being reunited with him and her favorite dog, Tick. She is survived by her sons Steve (Lisa) Reynolds of Cheyenne, Wyoming and Paul (Susi) Reynolds of Highlands Ranch, Colorado, and her grandson David (Sara) Reynolds of Tucson, Arizonia.

In lieu of flowers, please make any donations to one of her three favorite charities: The George and Margaret Reynolds Scholarship at The Central Wyoming College Foundation, 2660 Peck Ave, Riverton, Wyoming 82501 (these donations will be matched up to $50,000 by a generous donor); Girl Scout Camp Tanglefoot Inc., 301 Willowbrook Drive, Mason City, IA 50401; or St. John Lutheran Church, 606 N 8th Street West, Riverton, WY 82501.

Arrangements are by Davis Funeral Home.