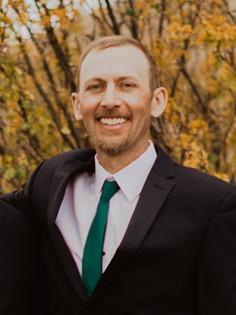 A memorial service will be held Saturday, March 12 at 2 p.m. at the Dubois K-12 gym. A potluck gathering will be held following the service. A main dish will be provided; bring a side dish or dessert to share.

Joseph Caleb Slawiak was born May 6, 1988, in Powell, Wyo., to Dan and Virginia “Lynne” Slawiak. When he was an infant, the family moved to Dubois, where he grew up and graduated from Dubois High School as valedictorian of his class in 2006.

Mr. Slawiak was active in basketball and track and played golf for Riverton in high school because Dubois did not have a golf team. He was named as an All State athlete in all three sports.

After high school, he attended the University of Wyoming, where he earned a bachelor’s degree in civil engineering.

He worked for a time at an engineering firm, but found it was not to his liking so then worked in the oil fields.

He decided he wanted to be a teacher and a coach, so he moved back to Dubois, where he was employed as a paraprofessional at the K-12 school and also began his coaching career with middle school boys basketball, high school track and high school girls basketball, which he led right up until his death.

He enjoyed hunting, fishing and was a voracious reader.

His family says he was a kind, gentle and quiet young man, who was steady and let very little bother him. He had a positive attitude and never complained.

He was preceded in death by his grandparents, Raymond Slawiak, and Otto J. and Virginia Walter.