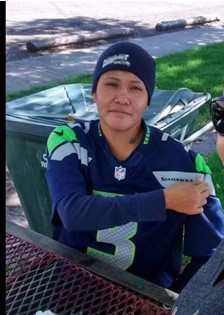 Ms. Addison passed away on Friday, March 18, 2022 at Morning Star Manor in Fort Washakie, Wyoming surrounded by her loving family.

She enjoyed fishing with her family, attending rock concerts, playing pool, spending time with friends and family, and was an avid Seattle Seahawks Fan.

She was preceded in death by her mother, Delia Pauline Adams Addison and Auntie Loretta Addison.