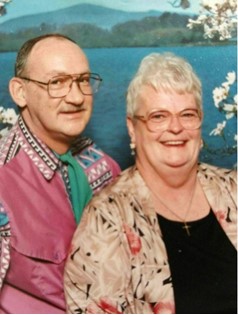 Guestbook 3
Janice Erb, 81, of Riverton passed away on Wednesday, March 16, 2022, at Wind River Rehabilitation and Care Center. As where her wishes, cremation has taken place and no services will be held.

Janice Lorene Golden was born on December 25, 1940 in Lyons, Kansas to Ron and Lorene (Norris) Golden. Janice grew up in Cheyenne, Wyoming with her sister, Donna. She lived in Cheyenne for quite awhile then spent three years in Wisconsin before moving back to Cheyenne. In 2009 she moved to Riverton and remained until her passing.

She married her first husband, William Joe Walls and they had four daughters, they later divorced. On March 28, 1975, she married Daniel Wayne Erb and together they had two boys.

Janice was a homemaker. She also ran a day care and loved all the babies. At one time she had eighteen children and she gave each one special attention; those children have remembered her fondly into their adulthood.

She loved to crochet and be with her family. She also enjoyed helping other to make life easier for them. She had a heart of gold.

She was preceded in death by her parents, Ron and Lorene Golden; husband, Daniel Wayne Erb; and sister, Donna French.