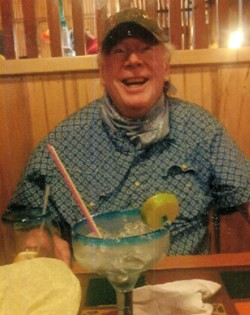 John joined the U.S. Army on August 16, 1965 and served until being honorably discharged on August 5, 1968, with the rank SP-4. He served in Vietnam with the 121ST SIGNAL BATTALION, 1ST INFANTRY DIVISION.

Upon returning from the U.S. Army, he lived in Wyoming where he was a Wyoming Highway Patrol Officer, a Judge in Sinclair, WY, a Wyoming Correctional Officer at the Honor Farm, and a U. S. Marshal – Wyoming.

John enjoyed working crossword puzzles, being outdoors, collecting stamps, coins, and rocks, listening to old country music. Above all he loved being around his family and he was the prankster that they all loved.

He is survived by his daughter, TaNyka Montoya; brother, Roberto Garcia; sisters, Rosemary Montoya and Evelyn Veria; numerous grandchildren, nieces and nephews; great-grandchild and a new great-grandchild on the way;