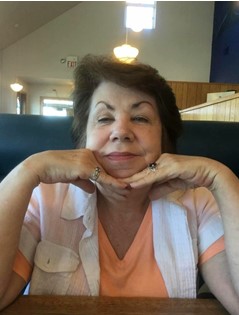 Guestbook 2
Janice St. Clair, 78, of Pavillion, WY passed away at her home on Sunday, March 20, 2022. As were her wishes cremation has taken place and no services will be held.

Janice Lucille Bartle was born in San Fransico County, California to George and Beatrice Bartle. She grew up in the San Francisco Bay Area, Oakland, and San Leandro.

On April 28, 1979 she married William “Bill” St. Clair and shortly after that they moved to Nevada City.

She lived in Nevada City, California for 40 years before moving to Cottage Grove, Oregon in 2015 for the next five years and finally to Pavillion , Wyoming in 2021 to be closer to her daughter.

Jancie worked in the Food Industry most of her working years, including owning her own businesses with her husband Bill. They owned the St. Clair Bar Supply, The Little Eat House, and PJ’s Deli and Meat Shop all in Nevada County, California. From 2000 to 2015 she managed the kitchen at Highgate Assisted Living Complex.

She was preceded in death by her parents, George and Beatrice Bartle; husband, William D. St. Clair; and brother, Edward Bartle.