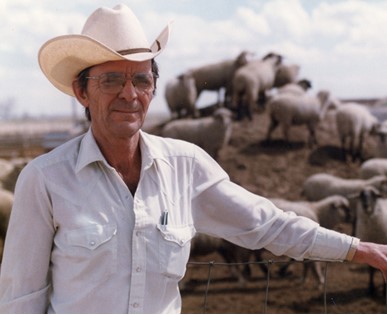 Roland “Rollie” Rench, 83, of Riverton passed away at the Help for Health Hospice Home on Saturday, March 19, 2022. At this time the family has not planned services.

Roland Dee Rench was born on February 12, 1939 in Canton, Illinois to Fred Cornelius and Susan Alice (David) Rench. After high school graduation he attended University of Illinois where he earned his Bachelor of Science in Agriculture in 1961. He continued on the earn his earn his Master of Science in Animal Husbandry in 1966 from University of Missouri.

School was interrupted by being drafted on July 31, 1964 into the U.S. Army. He served in Germany until his honorable discharge on March 31, 1968.

He married Vivian J. Bretthower and together they raised four boys.

After his service and earning his Master’s, he started working in the agriculture industry. Rollie owned and operated, Mountain View Lamb Feeders a lamb feed lot in Easton, CO for years. He started with approximately 20,000 head and built it up to over 50,000 head. He supplied lambs to Monfort of Colorado, Superior Packing, and Iowa Lamb of Haywarden, Iowa. Rollie retired in 2003 and moved to Riverton to be closer to family.

Rollie served as President of National Lamb Feeders Association from 1994-1996. He also served on the Board of Directors of the National Livestock and Meat Board from 1992-1994.

Rollie enjoyed woodworking after he retired.

He was preceded in death by his parents Fred and Susan Rench; sisters, Norma Jean and Emma Lou; his twin brother, Roger Lee Rench; and his son Russ Rench.