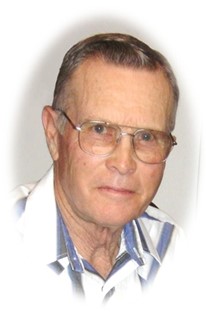 Mr. Davis passed away on Tuesday, April 5, 2022 at Help for Health Hospice Home in Riverton, Wy.

Maurice was born on March 21, 1935 in Lynch, Nebraska to Harold and Christel (Cronk) Davis. When Maurice was 3 years old, they packed up and left the “dust bowl” area to settle in irrigated farmland near Riverton, WY. Maurice attended school in Pavillion, WY and graduated in 1953. He spent two years in the United States Army, based in Fort Sam, TX and Fitzsimons Army Medical Hospital in Denver, CO. He grew up helping his dad on the farm and went on to purchase his own farm a few miles down the road from his parents. He raised sugar beets, pinto beans, hay, feed corn, and wheat. For many years, he fed cattle through the winter. In the summer of 1964, he met Mildred Rasmussen, from Denver, CO and they were married on March 6, 1965. They shared many happy years farming, raising their daughters and enjoying nine grandchildren in later years. After spending his whole life on the farm, Maurice began traveling coast to coast to visit children and grandchildren. He walked the streets of New York City, Boston, Portland and Seattle. He loved the old stone walls and fall colors in New England. He walked the beaches of the Atlantic and Pacific oceans, stood beneath giant redwoods in California and even traveled to British Columbia. But his heart was always on the farm and we are thankful he was able to live out his days there with his loving wife caring for him until the end. Throughout his extended struggle with Parkinson’s, he never complained. He was always patient and accepting of his situation and had a beautiful attitude through it all. Maurice was sincerely devoted to his faith and was a pillar of strength to all who knew him. He had a quiet sense of humor and contagious smile. He will always be remembered for his honesty, kindness, generosity, and open home. To all who knew and loved him, he will be dearly missed.

Mr. Davis was preceded in death by his parents, Harold and Christel (Cronk) Davis and sister, Luanne (Davis) Howard.