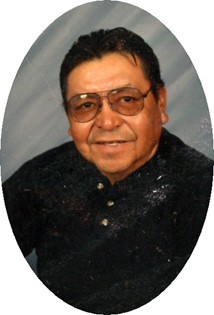 Richard James “Jimmy” Littleshield, Jr. passed away in the evening hours on April 11, 2022 at his home in St. Stephens, Wyoming surrounded by family.

Richard was born on August 22, 1942 to Richard Littleshield and Theresa Littleshield (née Blake). He was born in the St. Stephen’s area, one of eight sons born to Richard and Theresa. He attended school at St. Stephens School while it was still an Indian Mission, graduating from high school there. During these teenage years he often enjoyed time building cars with his brothers. He married Sarah Delores Friday at the St. Stephens Indian Mission on November 24, 1965 and was married to her until the day he died. Shortly after their marriage, the young couple moved to Los Angeles, California. They also moved to Salt Lake City, Utah and Denver, Colorado for some time at each place before returning home to the St. Stephens area. Richard and Sarah had their four kids together at various times in the 60s and 70s, Nina Karen, Ladonna, Richard James III, and Theresa.

A man of many trades, he spent most of his professional life, 19 years, as a bus driverfor St. Stephens Indian School. He also spent time as a truck driver, carpenter, maintenance worker, salesman, for the State of Wyoming, and also for the Shoshone and Arapaho Tribes. On top of his vocations, he also enjoyed spending time with his family, his grandchildren, and especially his great-grandchildren. He also liked to work on his yard, spend time beading, completing puzzles, and working on his vehicles.