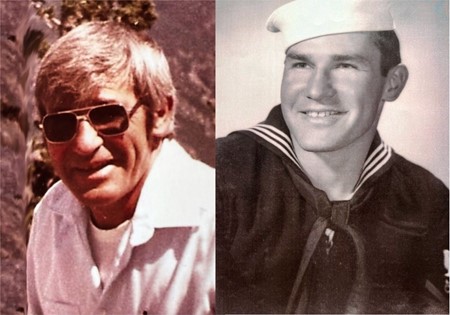 A Celebration of Life for Ralph James Starks, 90, will be held at 1:00 P.M. Saturday, April 23, 2022, at Davis Funeral Home in Riverton, Wyoming with Pastor Echo Klaproth presiding. Ralph passed away on Thursday, April 14th, 2022, upon admission to hospice.

Ralph was born February 25th, 1932, in Whiteriver, South Dakota to Stephen Albert Starks and Alma Louise (Flint) Starks. The family moved to a homestead near Pavillion, Wyoming in 1939 where he was raised along with seven siblings and a cousin.

Ralph graduated from Pavillion High School in 1950 and joined the U.S. Navy, serving as a radarman on the destroyer U.S.S. Tingey in the Korean War with two tours of duty off the coast of Korea and Japan. Though Ralph was proud of his service, he was equally troubled that the path of war is often too quickly chosen by nations.

Ralph married his high school sweetheart, Marilyn Ann Hollenbeck in 1952 and they raised three children in Casper. He studied English at Casper College, hoping for a career in writing but that was not to be, given the realities of a family man.

While Ralph was not much of a church-goer, his Christian faith was the bedrock of his life-long values. In 2004, he wrote in an essay: “I pity the thief that would try to steal a man’s faith from a child of God.” Unfortunately, Ralph’s ability to rest in his faith and enjoy the companionship of family and life-long friends was stolen from him in his last few years of life by dementia. The family takes comfort knowing Ralph’s spirit now is as whole and restored in his faith as ever.

Ralph kept his love of language throughout his life as the ‘Poet in Residence’ for his family, friends, and co-workers. The family self-published his collection of poems and stories, “Willows in the Wind”. Ralph’s poems reflect his observation of life in Wyoming for over eighty years with alternating curiosity, reverence, and satire. His faith in God, love of family, and the natural world were his inspiration.

Ralph operated heavy equipment for Teton Drilling in Casper as a reclamation specialist allowing him to work outdoors in Wyoming and the Alaska wilderness where he enjoyed wildlife and scenic beauty. He retired in 1994 from the Natrona County Agricultural Resource Center as maintenance supervisor. In 1998 he and Marilyn moved to Riverton to be closer to family. They enjoyed traveling after retirement including trips to Navy reunions, a cruise along the Alaska coast and a trip to Hawaii. The couple celebrated their 70th wedding anniversary earlier this year.

Ralph had a great curiosity about the natural world, especially the heavens as seen in the photos of the Hubbell space telescope. He enjoyed ice fishing and invented ‘the perfect’ portable ice shelter after much study and experimentation! He was always available to help his children with a variety of projects, adventures, and problems. Ralph will be remembered for his mischievous grin, his amusing stories, and a simple effort to try to do the right thing and the kind thing in life.

He is survived by his wife Marilyn of Riverton, daughter Debra and son Craig (Andrea) of Riverton and son Douglas (Laura McKee) of Casper, two grandsons, Jason Hoffman of Albuquerque, Christofer Starks McKee of Casper, and six great grandchildren. He is also survived by one brother, Charles (Chuck) Starks of Riverton.