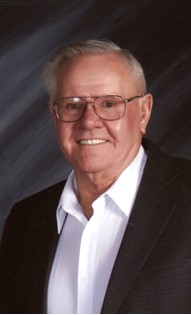 Guestbook 14
A Memorial service for George F. Smith, 87, Friday April 29, 2022 at 10:00 am at St. Margaret’s Church in Riverton. A rosary will be recited prior to the service at 9:30 am. Inurnment will follow at Mountain View Cemetery.

George loved working, from his first jobs doing agricultural labor to loading delivery trucks for a bakery to doing construction. He worked on a ranch from 1952 to 1955. He would love horses his whole life. In 1956, he went to work in an underground uranium mine and discovered a love for mining. He started off as a driller’s assistant and then became a mechanic, equipment operator, mine foreman, and equipment manager.

George was a proud family man. In 1957, he married Marilyn Morrell in Edgemont. They lived there until 1960, when they moved to Riverton, Wyoming. George and Marilyn raised two sons, Mike and Mark. George worked in mining during the uranium boom in Fremont County. He was known for having a strong work ethic and a direct communication style. Mining provided him and Marilyn the opportunity to travel around the world, including memorable stops in Germany, Scotland, France, Korea, and Japan. They loved to visit Hawaii and returned many times. George retired as the operations manager for U.S. Energy in 2000, after working there for 32 years. He had a fondness for numbers, fixing and building things, researching the family’s genealogy, and reading books, including Westerns, history, and memoirs.

Online condolence may be left at TheDavisFuneralHome.com