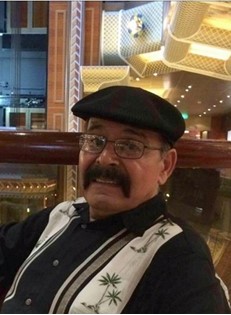 Private family services will be held.

Leroy was born December 14, 1950 to John and Benena (Sanchez) Manzanares in Fort Morgan, Colorado. He grew up and attended grade school in Hudson and Lander, middle school in Riverton and high school in Worland.

He married Esther Martinez November 15th 1969 in Riverton. He owned two businesses over the years including M&M Drywall for over 30 years and Rearview Images for 6 years.

He was a Christian who enjoyed fishing, camping, hunting, gambling especially poker, his nick name was “One Time.” He loved making toys, mini bikes and go carts!

On-line condolences can be made at thedavisfuneralhome.com.