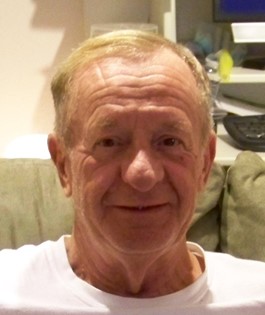 Guestbook 20
I think we can all agree it is never easy to write an obituary about a loved one. This will not be a traditional obituary as the person it is about was not traditional...he was inspiring and amazing.

On October 3rd, 1945, the world came to a stop to open its arms to awesomeness known as Craig Henri Beck. He was born to Cecil H. and Gwendolyn G. Beck in Wheatland, WY. “Bing” joined his brother, Cecil “Biff” Beck, in a lifetime of keeping their parents on their toes!

While at the University of Nebraska achieving his bachelor's degree, Craig met and fell in love with his partner for life, Hilma Louise Hahn. He traded in his football helmet for a chance at greatness which came in the form of his family.

Craig and Lou welcomed three daughters into this world, each loved just as uniquely as they are, Clarissa Hurst - the bright optimist, was the first born; Laura Taylor - the stunning pragmatist, was next and last was Rachel Depew - the fierce protector.

Craig was able to pursue his love of education, all the while taking care of his family. He is quite easily the only person to walk this earth that read math books for fun. Craig received his Doctor of Education from the University of Wyoming in 2002. Craig loved his career but retired as the FCSD 25 Superintendent in Riverton, Wyoming in 2011 stating “it was time for a new chapter.”

Craig loved his wife and daughters unconditionally but if you had the time and were willing to lend him an ear, he would tell you about his true passion (other than firearms), his six grandchildren. Each of his grands portray the characteristics of their grandpa in their own ways. Christopher – caring and devoted to family and service, Katelyn – the ability of athletics and grace, Gunnar – perseverance and persistence, Kyle – the devilish grin and mischievous glint in his eyes, Xander – the heart bigger than the world, and lastly Keri – the ever-loving empath, who always has a smile.

When Craig was not busy being a devoted father, grandfather and husband, he was taking care of his beloved Great Danes, Konan and Gator, and cat, Herbie. He enjoyed working out at Iron Works and talking about firearms. He also had a talent for master woodworking.

On May 6th, 2022, the world once again came to a stop, this time to allow Craig to meet his Heavenly Father and find eternal peace. His friends and family will miss him immensely but as Craig would say, “there is no kill switch on awesome.”

Craig Henri Beck lived life to the fullest on his own terms.

At his request a private Celebration of Life will be held at a later date.