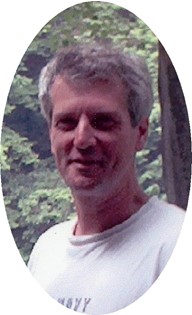 Guestbook 4
No services will be held for David F. Cole, 63, who passed away on Monday, May 16, 2022 at his home in Shoshoni, Wyoming. Cremation has taken place.

David was born on October 19, 1958, son of Frank R. and Eleanor A. (Jones) Cole in Raritan, New Jersey. He graduated high school from NHRHS in New Jersey before attending the West Virginia University as well as The College of Agriculture and Forestry, graduating with honors and earning a place on the Dean’s List in 1981. At the age of six, David began farming on the family orchard in New Jersey. In his 30’s, David owned his own farm in New York, selling his produce to farmers markets and restaurants. In his 50’s, he bought a farm in Wyoming where he grew potatoes and beans while also producing his own seeds, spending his last 13 years of his life here.

In the early 2000’s he met the love of his life, his fiancé, Penny Walter in Cooks Falls, New York and have remained together ever since.

David was known to enjoy collecting guns, tractors and working in agriculture.

On-line condolences may be made to the family at www.thedavisfuneralhome.com. Services under the direction of Davis Funeral Home.