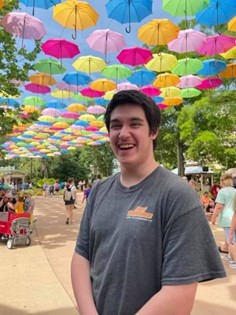 Guestbook 4
Christopher Lee Daniels was born in Knoxville, Tennessee on May 23, 2004 to Stephen Dwayne Daniels. Chris was a junior at Riverton High School and enjoyed school very much. He was a History buff and enjoyed working at the Wind River Heritage Center. He had many plans for his future.

He was a member of the United Baptist Church youth group.

In his new home of Riverton, WY, he leaves behind many good friends, teachers, and mentors.

He is preceded in death by his paternal Great Grandpa, Joe and Great Grandma Jane Ferguson.

A memorial will be held on June 4, 2022 at 11:00 am at the United Baptist Church in Riverton. All who loved Chris are welcome.

On-line condolences may be made at TheDavisFuneralHome.