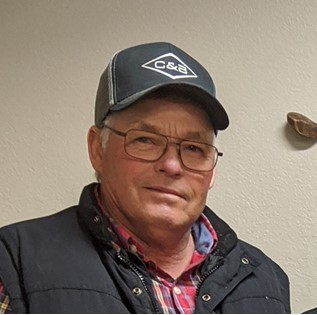 The funeral service will be held on Tuesday, May 31, 2022 at 2:00 PM, at Davis Funeral Home in Riverton, Wyoming with Rev. Dale Adams officiating. Memorials may be directed to The American Diabetes Association, The Wyoming Breast Cancer Initiative or the donor’s choice. Memorials can be sent to 64 Alaska Rd., Riverton, WY 82501.

Trent was born in Columbus, Nebraska on September 3, 1953 to parents Alfred & Evelyn (Rosendahl) Wurdeman. He grew up on the farm north of Columbus. He was baptized, confirmed and attended Christ Lutheran School and graduated from Lakeview High School.

Trent was united in marriage to Diane Drinnin on January 28, 1978 at Trinity Lutheran Church in Columbus, Nebraska. They started their life together by working on the family farm. In 1980 they moved to Mitchell, Nebraska where they farmed and ranched and raised their two sons. In 2006 they moved to Riverton, Wyoming where Trent worked for local farmers.

Trent was a member of the Sons of the American Legion in which he was very active and held the title of Commander. He was also a member of the Mitchell Volunteer Fire Department. It is there that he was a member of the softball team. He also enjoyed volunteering at the Scottsbluff County Fair. Whenever there was a family gathering or with just friends Trent would be the first one there. He was an avid pitch player. His favorite joy of all was spending time with his family and grandchildren.

Trent also enjoyed hunting, fishing and trapping. He and Diane spent many weekends riding their side by side in the mountains and camping with friends. Trent was a faithful, joyful, kind and loving husband, father and grandfather. He will be dearly missed.