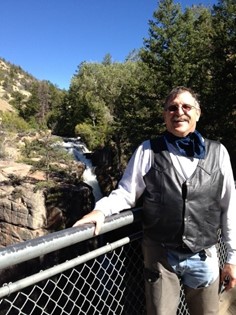 Guestbook 7
A memorial service for Craig M. Shaw, 69, will be held in the fall of 2022 and will be announced. He passed away on Friday, June 10, 2022 at Wind River Rehab Center in Riverton, Wyoming.

Craig was born on October 3, 1952, son of Arthur C. and Virginia (Douglass) Shaw in Rawlins, Wyoming. He was raised in Happy Springs on Crooks Mountain. He attended and graduated from Rawlins High School before earning his Associates Degree from Northwest Community College in Powell, Wyoming, where he studied welding. In the early 1970’s Craig worked in the uranium mine in Jeffrey City to earn money to be able to attend college.

On December 21, 1974, Craig married Gloria Ann Ibarra in Powell, Wyoming. The couple moved to Cody, Wyoming in 1978, where Craig worked for Husky Oil Refinery. In 1982, Craig began his career working for Amoco which eventually became Devon Energy until his retirement in April of 2012. During this time, the family made their home in Riverton, Wyoming.

When Craig retired, he spent countless hours studying the Bible. He could also lose himself in loading bullets, whether for himself or for someone else. He also had a love and skill for woodworking and building furniture for those he loved. His wild adventurous side kept him on his motorcycle during the summer months making many trips with his son, Michael and with his close friend, Doug.

Craig doted on his grandkids and wanted to be involved in whatever they were doing. They gave him that sparkle in his eyes. It was also important to him to be of service to anyone needing help, whether it was assisting them with projects or problems or just lending a hand and his time.

Craig loved his church and was involved in all activities. He was a song leader, scripture reader, Sunday adult class teacher and saw to the maintenance upkeep. Whatever was going on, Craig was happily involved.

Mr. Shaw was preceded in death by his parents, Art and Virginia Shaw and brother-in-law, Jack Lowrance.