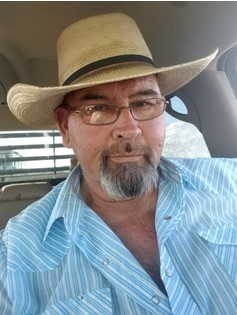 Guestbook 4
A Memorial service for Toby W. Stagner, 62, of Crowheart, Wyoming will be held at 2:00 p.m. on Thursday, June 23, 2022 at Davis Funeral Home in Riverton. A reception will follow at the Don Stagner’s Ranch following the services.

Mr. Stagner passed away on Monday, June 13, 2022 in Denver, Colorado. He was born Riverton, Wyoming on October 8, 1959 to his father Dode Stagner and mother Yvonne Stagner. He was an enrolled member of the Eastern Shoshone Tribe. Toby graduated from Wind River High School. Following graduation, Toby worked in the oil field before travelling with his bead work for a while. He settled back into Crow Heart, Wyoming and got back into ranching up until death.

He was preceded in death by his father, Dode Stagner; brother, Terry Stagner; grandparents, Elmer and Gracie Stagner and Felix and Corrine Chavis.