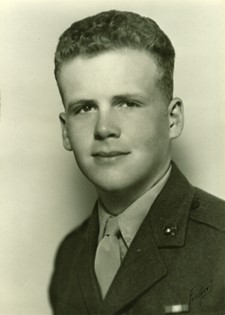 Guestbook 0
James P. "Pat" Dugan, Sr., of Riverton died at the Wyoming Medical Center in Casper on Friday, Jan. 23, 2009. He was 72. Cremation has taken place and family services and inurnment will be held on Vashon Island off the Washington state coast at a later date. James Patrick Dugan was born in Seattle, Wash., on Feb. 14, 1936, the son of James Patrick Dugan and Lorraine Dugan. He served in the Marine Corps during the Korean War He married Isabel Teresa Deramo in Oakland, Calif., in 1957. He lived in Seattle for 39 years, moving to Riverton in 1994. Mr. Dugan was a meat cutter and owned a meat-cutting business and Custom Homes. He also engaged in pig farming. He was of the Catholic faith. His family said Mr. Dugan enjoyed farming, watching football, Western music and Western music, and "everything about Elvis." Survivors include a son, James Patrick Dugan, Jr., of Everett, Wash.; a daughter, Carol Frazier of Tacoma, Wash.; daughter-in-law, Pam Varner of Minnesota; a brother, Dennis Dugan of Pennsylvania, and sister, Sue Dugan of Washington state. He was preceded in death by a daughter, Kathleen Patricia Dugan in January of 2004. On-line obituaries are available and condolences for the family may be made at: thedavisfuneralhome.com Arrangements are under the direction of the Davis Funeral Home of Riverton.