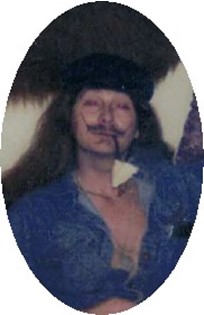 Ace spent his younger years traveling the luxury hotel circuit working as a chef. After the loss of the love of his life in the late ‘80’s he went to work as a butcher at Miller Beef in Hyrum Utah. He would spend his vacations in Dubois helping out at the locker plant during hunting season. After his retirement from Miller Beef he worked in the meat department at the Dubois Super Foods.

Ace was born defiant. He had the spirit of a warrior and the heart of a rebel. When life gave him lemons he smirked and threw them back. Unlike some others, he did not struggle with addiction, he embraced and enjoyed it.

Ace was dyslexic. If you gave him a string of numbers, he would repeat it back perfectly but in reverse order. When he was ten years old a gifted and patient tutor spent the summer teaching him to read. From that point forward reading became one of his greatest pleasures.

He also enjoyed attending live theatre. He regularly treated friends and family to a nice dinner and an evening of entertainment. He was a great story teller himself. He loved to share his experiences and off-center perceptions with a willing audience.

Ace had a soft spot for felines. He never met a cat he didn’t like and it was mutual. He was known as the cat man, and leaves behind his beloved Fat Cat and Sweetie.

Ace leaves a hole in a lot of lives. His big heart, wry wit, and kindness will be missed. Meow, Meow.

There will be a graveside service at the Dubois Cemetery with a picnic in the town park to follow on Saturday July 9, 2022 at 11:00 a.m.

Online condolences may be made to the family at www.TheDavisFuneralHome.com. Arrangements are under the direction of Davis Funeral Home.