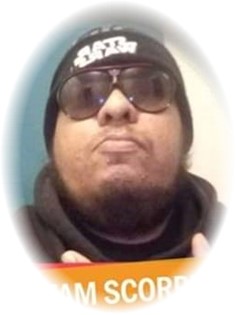 Throughout his life Aaron enjoyed being around his family, especially his daughter DeNolia and his son Alijah. He was always making them laugh. Aaron never complained about his pain and suffering, instead he showed joy, laughter and happiness.

Aaron attended college at CWC and went into auto mechanics. He worked hard throughout his life until he became disabled in 2016, where his family took care of him. He had a big loving, caring and welcoming heart, and he took care of the ones that came through his door without hesitation or regrets. Aaron enjoyed everyone’s company and was always willing to give advice and help others that were lost and in need of help without a thought of his own pain and suffering. He played the role of big brother to everyone.

He enjoyed watching wrestling with his daughter DeNolia and all the new movies that came out with his son Alijah. Aaron enjoyed music and was always singing..he even told his family that he was going to audition for The Voice. He was very comical and was always making his family laugh. He was a complicated man whose face never showed his pain or suffering.

We know that God had plans for Aaron and needed him more than we did, and we know that he is no longer suffering or in pain.

Rest in Eternal Peace my sweet Son Aaron. You will be greatly miss by all of us.