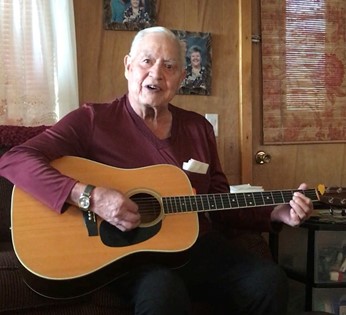 Guestbook 3
No services will be held for Thomas “Tom” Gerald Castro, 86, who passed away on Saturday, July 16, 2022 in Riverton, Wyoming.

Tom was born on May 2, 1936, son of Tom and Dora (Sanchez) Castro in Hudson, Wyoming. He attended the schools in Hudson as well as Lander, WY.

Mr. Castro honorably served in the United States Army during the Korean War.

On April 12, 1974, Tom married Wilma L. Rose in Raton, Mexico. Tom worked for the City of Riverton at the Riverton Airport assisting with the Crash, Fire and Rescue team until his retirement. Tom lived in Colorado Springs from 1965 until 1974.

Tom had a gift for playing, learning and singing new songs on his guitar and he greatly enjoyed it. He deeply loved his family, fondly dedicating his time to his grandchildren. Tom and Wilma were member of The Living Church of God in Casper, WY.

He was preceded in death by his parents; sons, Kevin Shoopman and Benny Castro; brother, Joel Castro; sisters, Carol Rose and May Slater.