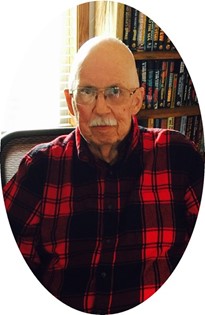 Born in Cowley, Wyoming on June 9, 1936 to Louis Paul and Mary Meeks. He attended school at Cowley and was on the winning state basketball team the year he graduated in 1953. From there he attended Brigham Young University, and then the University of Wyoming, where he received his master’s degree in Education. He was a member of the Army National Guard serving during the Berlin call-up and receiving an honorable discharge at the end of his enlistment.

John's career spanned several states as both teacher and school administrator. He taught historyat Janesville, Wisconsin, and both Afton and Sheridan, Wyoming. It was in Sheridan that he methis wife of 57 years, Michele Marie Meeks. With her, he had a daughter and three sons. Hewould go on to work in school administration, serving as Social Studies Coordinator inRedmond, Oregon, and later as a principal in Riddle, Oregon. Then he returned toWyoming where he worked as Director of Special Services in Casper. He finished out his careeras Principal, and then Superintendent, of the Shoshoni School District, a position in which he served longer than anyone before or since.

He made of his life a quiet place of family and work. He was kind and caring, and would take the time to understand people – both their opinions and their experiences. He judged people lightly, always preferring to see the best in folks instead of hunting out the worst. John stood by his word and by what was right, regardless of whether or not it was convenient. He always sought to be fair and thoughtful in his dealings. And he always put in the work to support his family, even when that work was tedious and overly long. John sought to convey those values to his children, not by belt or lecture, but by simply being who he was; living a life of quiet dignity.

At his request funeral services will not be held. His family will spread his ashes outside Cowley,Wyoming. He will be home again.