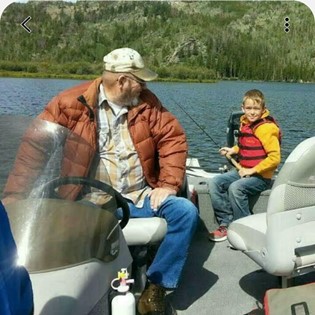 Guestbook 4
John Mohring, 78, of Riverton passed away on Friday, August 12, 2022, at Westward Heights Care Center in Lander. Per his request no funeral services will be held.

John Forrest Mohring was born on April 15, 1944 in Seattle, WA to Clinton and Flora (Skov) Mohring. The family returned back to the family farm in Minnesota after World War II where he attended schools in Montrose, MN and graduating high school in Buffalo, MN., He earned his Bachelor’s Degree in Electronic Engineering from DeVry University in Chicago, IL.

In 1967 he moved to Riverton, WY making it his forever home. John moved to the area to work for Datel. After Datel, he had numerous jobs including construction, Diesel Mechanic, Computer Teacher, and Truck Driver for Parish Petroleum District CO.

John was a loyal friend and loved model airplanes, building them, flying them, building special airplane parts, and his flying field family. He enjoyed fishing, hunting, camping, and all that the Wyoming outdoors offered.

He is survived by his son, Steve Mohring (Lori); daughter, Stacy Strasser; sister, Barby Miles; grandchildren, Kayla Wood and Mark Strasser; the Mohring cousins; and his friends that were family.

He was preceded in death by his parents, Clinton and Flora Mohring.

On-line condolence may be at TheDavisFuneralHome.com.

Arrangements under the direction of Davis Funeral Home, Crematory, and Monuments