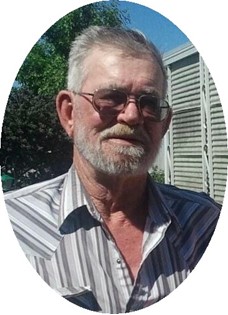 George was born on July 25, 1947, son of Albert Harrison Kenyon, I and Hazel Pauline (Sandford) Kenyon in Riverton, Wyoming. He lived in Shoshoni, Wyoming with his family for 20 years, before spending 20 years living in Alaska and his final 10 years were spent living in Central Point, Oregon.

Following graduation, George served in the United States Navy during the Vietnam War.

On November 16, 1968, George married Frances May Kenyon in Shoshoni, Wyoming.

Mr. Kenyon was involved in the Masonic Lodge, VFW as well as the Shriners.

He was preceded in death by his parents, Albert Kenyon, I and Pauline Kenyon; grandson, Bryan Timothy Hill; brother, John Kenyon and nephew, John Kenyon, Jr.