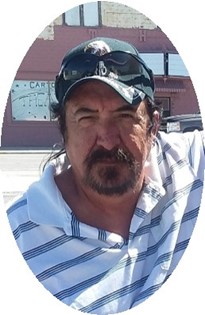 Ricky A. Robidoux, 62, of Riverton passed away on Saturday, August 20, 2022 at St. Vincent Hospital in Billings, MT. Funeral services will be held on Saturday, September 3, 2022 at Davis Funeral Home at 10:00 a.m. Viewing will be held from 9:00 until service time. Military graveside rites will follow at Lakeview Cemetery in Shoshoni, Wyoming.

He was born to Charles and Florence (McQueen) Robidoux in Horton, Kansas on September 11, 1959. He graduated from Council Grove, Kansas in 1979. Rick enlisted in the Army National Guard, where he received an honorable discharge at the end of his 5 years of service.

On June 24, 1989, Rick married Debbie Conklin in Eldorado, Kansas. Together they raised three children; two daughters and a son. Ricky and Debbie divorced in 2003.

Ricky A. Robidoux grew up with a love of cars and trucks. He was a skilled mechanic who could almost always fix it. He enjoyed fishing and spending time with his family. Ricky loved his children and grandchildren more than anything in this world.

He was preceded in death by his mother, Florence Robidoux and his grandparents.