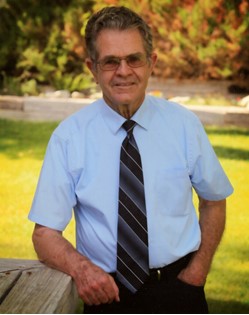 Guestbook 7
Wayne Major, Jr passed away Saturday, September 3, 2022 at Wind River Rehabilitation Center in Riverton. He was 78 years old. Funeral services will be held at 10:00 a.m. Thursday, September 8 at Davis Funeral Home with a viewing from nine to ten o’clock.

Wayne was born April 26, 1944 in Casper, Wyoming, the son of Wayne and Rama (Davis) Major. He attended grade school through high school at Riverton graduating in 1962 and then attended the University of Wyoming where he received a Bachelor of Science degree in Plant Science. During this time he was drafted into the United States Army. After basic training at Ft Sam Houston, Texas he served a 14 month tour of duty in South Korea and five months at Ft Bliss, Texas with an honorable discharge in 1968.

He married Wanda Appleman in 1967 and they had three children, Michelle, Shawna and Brent. He worked with Major’s Equipment in the commercial building industry for 15 years after which he and his wife purchased an irrigated hay farm near Riverton and lived there until retiring in 2013.

Wayne was sincerely devoted to his faith, his family, his friends and his farm and loved working, accomplishing numerous activities every day.

He is survived by his wife Wanda, his son Brent and wife Dana, his daughter Shawna, son-in-law Andy Snelling and a grandchild, Cora Major. Preceding him in death were his parents, his daughter Michelle Snelling and his brother Leon.

In lieu of flowers his family would appreciate donations to the Parkinson’s Foundation of America for research.