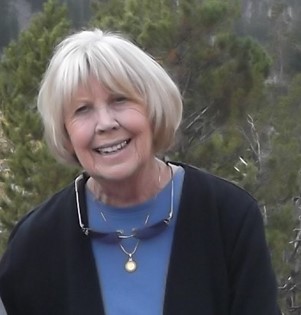 Lorraine Melton Jones passed away in her sleep due to natural causes on August 9, 2022. She was born on April 17, 1941, in Casper, Wyoming, the only child of Hazel Margaret Crews Melton and Charles F Melton. Lorraine grew up on a ranch near Edgerton, WY, attending schools in Midwest and Casper before the family moved to Riverton. She graduated from Riverton High School in 1959.

Upon graduation, Lorraine attended the University of Wyoming and graduated in 1963 with a B.S. in Pharmacy. At the university she was a member of Kappa Kappa Gamma Sorority, Spurs and several Pharmacy organizations.

After graduation, Lorraine moved to Southern California for a year, working as a pharmacist. She returned in 1964 and began a 30-year career with BiRite Drug Store. After retiring from full-time work, Lorraine continued doing relief work at several pharmacies in Riverton and Lander. She enjoyed all the people she met and worked with at each pharmacy.

Lorraine married Ivan R. Jones on November 23, 1966. She loved working on the home Ivan built on Griffey Hill overlooking the Wind River Valley. They enjoyed watching the beautiful sunsets and the storms rolling across the valley.

After retiring from pharmacy in 2008, Lorraine liked line-dancing with her friends at the Senior Center, playing bridge and Mahjong, photography, skiing with Ivan and spending time together at their cabin on the Wind River near Dubois. Lorraine loved animals. She rescued and cared for many and had great memories of every one- cats, birds and dogs.

Lorraine was compassionate and caring in both her personal life and professional life. She was a dedicated companion to Ivan and a wonderful, generous mother and friend, grandmother and great grandmother.

Memorials may be given to Help for Health Hospice Home, Riverton Paws for Life or a charity of choice. Arrangements are by Davis Funeral Home. Online condolence may be made at TheDavisFuneralHome.com