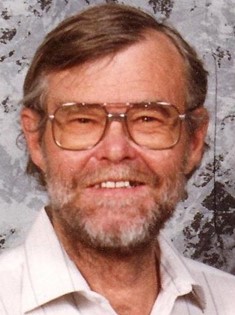 Guestbook 1
Noel S. Holbert died on Saturday, Jan. 31, 2009 at his home in Riverton, following a brief illness. He was 63. Funeral services will be at 2 p.m. on Friday, Feb. 6, at the Davis Funeral Home in Riverton. Burial will follow at Mountain View Cemetery with military honors by the Wyoming Army National Guard.

Noel Stanley Holbert was born in Sheridan on Oct. 11, 1946 to Ben and Willie Mae (Harper) Holbert and was graduated from Campbell County High School in Gillette in 1965. Soon after, he followed in his father's footsteps and enlisted in the U.S. Navy and then went on to become a mechanic. He first worked at Stockman's Motors in Gillette at the age of 14. During his career in Riverton, he worked for US Energy and L and L Production Services. His family said that in his younger years, Mr. Holbert loved hunting and racing both motorcycles and snowmobiles. He served with the U.S. Navy during the Vietnam War from June of 1966 and was honorably discharged in March of 1970 receiving the Vietnam Service Medal with one Bronze Star, National Defense Service Medal, and the Republic of Vietnam Campaign Ribbon. He married Roxie Gaudern in 1971 and raised her children, Kim and Kerry, as his own. They had one child together, Kellie Noel, before later divorcing. Mr. Holbert is survived by his parents, Ben and Willie Mae Holbert of Powell; his daughter Kim Starks and her children Michael and Shayly of Riverton; his son, Kerry Holbert and his daughter Helena of Cheyenne; his daughter Kellie Burns and husband Travis and their children Holbie, MacKenzie and Aubrey of Burns; his sister Michael Baker and husband Hugh and their daughters Tauna Eberhard and Trina Chick all of Gillette; his sister Cheri Engdahl and husband David, and their son Bret Engdahl, all of Cody; six great nieces and great nephews, and many cousins and their families. He was preceded in death by one grandson, Damien Oakley. On-line obituaries are available and condolences for the family may be made at: thedavisfuneralhome.com Services are under the direction of the Davis Funeral Home of Riverton.