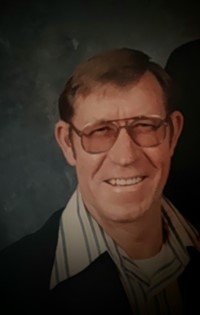 Larry Frank Luster was born in Illinois to Frank and Ruby (Poland) Luster of Wyoming and the family come back to Wyoming shortly after, so he always considered himself to be a genuine Wyomingite, through and through.

He went to school from 1ST grade through 12th grade in Riverton, Wyoming graduating class of 1955. In his senior year he had the honor of being selected to Student Body President of Riverton schools. He was always proud of that.

He got his first taste of working away from home when he was about twelve years old when he got a summer job on a dairy farm out of Lander. He was the only hired hand and spent the summer living with the farmer and his wife and stayed in a bunk house on the farm, (and yes, he got a little homesick) but made it through the summer until school started again. As a teenager Larry spent his summers working on a ranch north of Powder River. He worked with sheep, cattle, and horses. Some of it was pretty tough work, but good living.

After graduating from school Larry joined the United States Air Force and spent the next four years working for Uncle Sam as a weather observer in the states and the islands in the Pacific Ocean. He was stationed on the island of Guam for fourteen months. Quite a change for a young cowboy from Wyoming.

After receiving his honorable discharge from the Air Force, Larry came back home to Wyoming and started working for Fremont County. He held various jobs over the years, ending up as vehicle maintenance supervisor of the Riverton shop. He retired from Fremont County after nearly forty years.

About 1961 the most exciting, wonderful, fabulous thing happened to Larry - he met Sharon Haines and absolutely found what true love was about. Two fabulous years later they were the first couple married in the brand spanking new United Presbyterian Church in Riverton (bare concrete floors and folding chairs.) An absolutely fantastic day.

Two years later they were blessed with the birth of a daughter, Ranae, and three years after that they were again blessed with a son, Jim. Two of the best of the very best.

Larry had a little piece of land out of Riverton and he and Sharon designed and built their dream house, doing nearly all of the work themselves. It is still their home.

Over the years they both had all kinds of hobbies - all kinds of arts and crafts, ceramics, sewing, quilting, working with wood, metal and leather (Larry taught leather craft to some 4-H kids at one time.) Larry was a “jack of all trades” although he did not consider that of himself, there was nothing that he couldn’t fix (one way of another.)

When Larry’s health became a problem and he couldn’t get out and about much, he still kept pretty busy inside. He has read a kazillion books (mostly mysteries but not all) he has put together at least a kazillion jigsaw puzzles. He also has made some pretty neat miniature cowboys and scenes with wood and polymer clay. Turning pieces of junk into treasures. His greatest treasures being his love and commitment to his family.