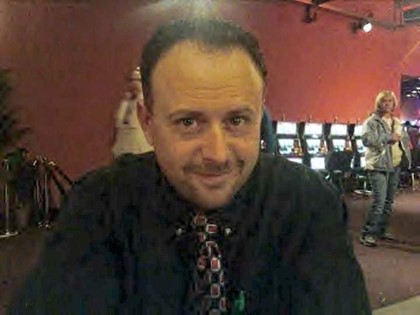 Garon "Scott" Soule was born on January 5, 1973 in Colorado Springs Colorado to his mother, Rebecca Lenard Soule, and father, Lloyd Soule.  Scott was diagnosed with liver disease in 2016.  He fought for many years and was able to be present in his children's life a little longer.  Unfortunately, he lost his battle to liver disease on October 11, 2022.  He passed away peacefully at the Help for Health Hospice home surrounded by his family.

Scott grew up in Minneapolis Kansas and would often tell stories of working with his dad, working on a farm, spending time with family, terrorizing his sisters, and getting into mischief. He shared many stories of playing football and hanging out with his friends in Minneapolis. Scott was the oldest child of his siblings, Tammi Soule McVeigh and Leslie Soule Pierce, who were very dear to him. Though he loved to terrorize them, he was also their biggest protector.

As an adult, Scott moved around Kansas and Wyoming before settling in Eldorado Kansas.  He had his first-born son, Daryk Soule in 1999.  While in Kansas, Scott worked as a carpenter building cabinets and trophy plaques for the WWF (world wrestling federation).  Scott moved to Riverton Wyoming in 2001 where Scott met and later married Chandra Olson and had two sons, Skyler and Stryder Soule.

Scotts greatest pleasure in life was being a father to his three boys. He never missed a practice or a game.  He was always found in the front row cheering them on.  Scott was a dedicated and present father and was happiest when he was with his children.  He was a huge support and inspiration to his sons who will not go a day without missing him.

Scott was a man of many talents ranging from woodworking and crafting to advanced technology works. There wasn't anything that he couldn't fix or a at least figure out how to fix.  But the craft he loved the most was fixing computers, cell phones, game systems and other technology.  From the time he was a young boy, he was constantly taking electronics apart just to see how they worked and see if he could put them back together again.  As a child, he didn't always get that right. But, as an adult, he mastered that skill and was able to open his own business in 2013.  Advanced Computer Systems was his dream and he was so proud of the success he had and the support he had from the community.  Scott's knowledge and ability to fix computers and cell phones became a staple of the community.   He enjoyed working in this community and his customers became more than customers to him but lifelong friends.

Scott had a knack of meeting new people and making them feel important to him. Scott had a very quirky personality that incorporated so many different traits and gave birth to so many good stories. He was ornery in the best sense and a very loving and compassionate father, friend, brother, son, and husband.  One of Scott's best traits was his ability to laugh at every situation. He could lighten the mood of any serious conversation and get everyone in the room laughing and/or rolling their eyes.  He was a jokester and never took life too seriously.  He loved to make people laugh and has left all he knew with many stories of his jokes, pranks, and humor.

Scott will forever be missed by his family and friends for the strong and warm-hearted man he was. He will always remain in our minds and hearts. After Scott's long and hard battle with his health, he is survived by his wife Chandra Olson, his sons Daryk Soule, Skyler Soule, Stryder Soule, his step daughters, Shawnte Crenshaw, Shalan Crenshaw, his sisters Tammi Soule McVeigh, Leslie Soule Pierce, his parents Lloyd and Rebecca Soule and his granddaughters Kiira Fife and Curie Hueman.