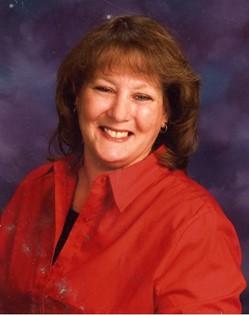 Pamela Althea Auberry was born on December 2, 1960 in Aiea, Oahu, Hawaii to Charles Edward and Patricia Eleanor (Kendall) Auberry.  Pam was an “Air Force Brat” which meant that the family moved many different times all around the world.  She graduated high school in Colorado Springs, CO, she then attended nursing school graduating in 1982. She then moved to Riverton, WY and built her career and family, becoming her forever home.

Pam was married for twenty-five years to Dennis Kaplon and together they had two sons.  They later divorced.

She worked at the old Riverton Manor as a CNA for many years through all the ownership changes. She moved into the administrative offices until 2022 when her health forced a retirement after over 40 years with the same facility.

Pam’s family was her number one priority and she loved being the mother of two boys, Shane and Dylan, and three grandchildren, Kyler, Jameson, and Preslee. She enjoyed playing board games, going to the sporting evens the children were in, and long deep conversations with her boys.

She was preceded in death by her parents, Charles Auberry and Patricia Kendall Auberry; both of her maternal and paternal grandparents; and father of her sons,  Dennis Kaplon.