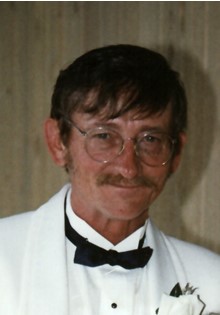 A Celebration of Life Service for Keith L. Penney of Dubois will be held at 11:00 a.m. on Wednesday, March 4, 2009 at the Headwaters Community Center in Dubois, with the Rev. Melinda Bobo of St. Thomas Episcopal Church officiating.

Keith Lee Penney was born to Roger C. Penney and Doris R. (Slaussen) Penney on November 1, 1951 in Wisconsin Rapids, Wis. The family moved to Dubois and he attended schools there, being graduated with the Class of 1970.

He spent most of his life in Dubois, and began building with his father at the age of 16.

In the early 1970’s he started his own business, Penney Log Construction, later becoming known as Western Log Homes. Mr. and Mrs. Penney also ran Dry Creek Outfitting for eight years in the 1980’s and 1990’s.

The family said Mr. Penney loved hunting and fishing and was an avid outdoorsman. He enjoyed his family and taking his grandchildren fishing.

He was preceded in death by his mother Doris Penney; brother Jerry Penney; and step-mother Elsie Penney.