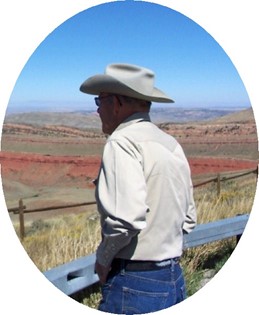 Funeral services will be at 11 a.m. Thursday, March 19, at the Davis Funeral Home of Riverton. Burial will follow at Mountain View Cemetery in Riverton.

George Earl Givens and his twin brother were born on the family homestead five miles north of Riverton on April 22, 1927, to Donald Givens and Ruby (Coen) Givens. The twins attended Riverton schools and, as young men, they worked the family sheep operation on the Beaver Rim homestead.

Later, he worked as a cowhand for Jess Posey and his family said Mr. Givens was well-known for his cowboy abilities.

They ranched along the Little Wind River and raised seven children of their own and several foster children.

Mr. Givens participated in local rodeos and his family said he enjoyed reading, roping, and ranching,

Following the death of his first wife, he married Sue Fowler in 1981. The couple continued to live out his life on the family ranch south of Riverton.

Memorials may be made to the Bryce Groves Medical Fund, in care of Campco Federal Credit Union, PO Box 360, Wright WY 82732.