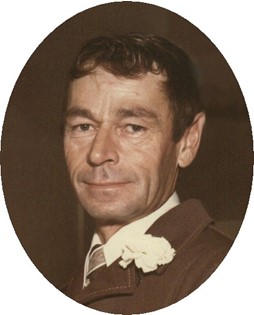 Guestbook 2
Memorial services for Phillip E. Krause of Riverton will be conducted at 10 a.m. on Saturday, March 21, at the Davis Funeral Home of Riverton.

Cremation has taken place and inurnment will be at Mountain View Cemetery in Riverton at a later date.

The family moved to Fremont County in 1942, and he grew up in Lander, where he attended Fremont County Vocational High School. Mr. Krause lived most of his adult life in Riverton.

He was a truck driver, having been employed by Christiansen’s Water Service for many years, and worked for Bob Campbell for several years. He also worked in the Gas Hills and for Gilpatrick Construction. Mr. Krause was a member of the Eagles Lodge.

His family said he enjoyed horses and ran packhorse races for 10 years. He also engaged in hunting, fishing, camping in the mountains, music and dancing. The family also said he was very artistic, including painting, drawing and bronze sculptures.