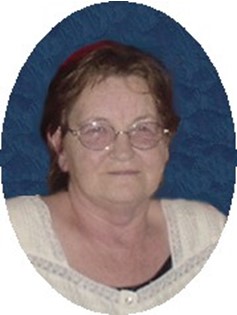 Guestbook 0
Memorial services for Jeannie Bartholomew of Hudson will be at 2 p.m. Wednesday, April 1, at the Davis Funeral Home of Riverton.

Mrs. Bartholomew died at Riverton Memorial Hospital on Wednesday morning, March 25, 2009, at the age of 64.

Gloria Jean Tynsky was born in Buffalo on Aug. 1, 1944, the daughter of Felix John Tynsky and June Laver (Kahey) Tynsky. She grew up in various Wyoming communities while her father worked construction.

She married Charles Ernest Bartholomew in Riverton on Feb. 20, 1968.

Mrs. Bartholomew was a housewife who had lived in Fremont County -- including Riverton, Lander, and Hudson -- since 1971.

She often rode truck with her husband.

Her family said Mrs. Bartholomew knew what she wanted and received it. She enjoyed gardening, reading, visiting with friends and family, crocheting, and snowmobiling.

She was preceded in death by her parents; a brother, Johnny, and a sister, Juanita.