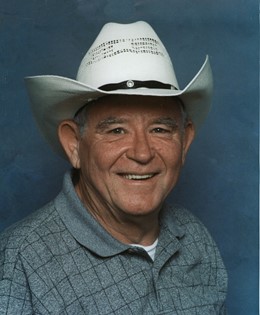 Guestbook 0
Funeral services for Allan M. James of Riverton will be at 2 p.m. Tuesday, April 7, at the Davis Funeral Home of Riverton. Pastor Mike Johnson will officiate. There will be a viewing from 6-8 p.m. Monday, April 5, at the funeral home. Mr. James died Thursday night, April 2, 2009, at the Wyoming Medical Center in Casper. He was 69 years old. Allan Marvin James was born in Thermopolis on Dec. 13, 1939, the son of Allan and Nora (Dow) James. He was graduated from Hot Springs County High School in Thermopolis. Mr. James served with the U.S. Navy. He married Beverly Ann Foster in California on Sept. 23, 1988. Mr. James had been a postmaster in Stanton, Calif., retiring in 1992 after working 31 years. The couple returned to Thermopolis in 1992 and moved to Riverton in 2002. His family said Mr. James enjoyed ammunition reloading, shooting guns, emailing his friends, playing on-line poker, and spending time with the family. Survivors include his wife, Beverly Ann James of Riverton; sons, Joe James and his wife Diana and Jerry James and his wife Pat, all of Oregon; step-sons, Robert Frink of Riverton and Michael Frink of Washington state; a daughter, Judy James and wife Dee of California; step-daughters, Pamela Frink of Riverton and Teresa Gantenbein and husband David of Riverton; nine grandchildren and five great grandchildren; a brother, Robert James and his wife Sharon of Cody; a sister, Donna Joyce Becker and her husband Bruce of Texas. He was preceded in death by a son, Steve James, and his parents. Memorials may be made to a charity of the donor's choice, in care of the Davis Funeral Home, 2203 West Main, Riverton, WY 82501. On-line obituaries are available and condolences for the family may be made at: thedavisfuneralhome.com Services are under the direction of the Davis Funeral Home of Riverton.