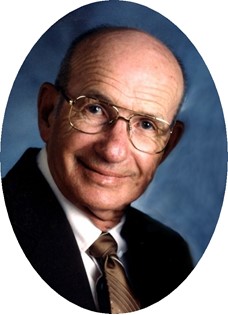 Guestbook 2
Memorial services for Gene Ratliff of Riverton will be at 2 p.m. Friday, April 10, at the Davis Funeral Home of Riverton. Pastor Mike Smith of the Hillcrest Baptist Church will officiate.

Eugene Alfred Ratliff was born on Dec. 1, 1927, in Gering, Neb., and son Alfred Finch Ratliff and Mildred Irene (Ash) Ratliff. He attended schools in Fort Washakie, Riverton, and Burris, quitting Riverton High School in his junior year to enlist in the U.S. Navy. He received his GED in 1945.

He was a Navy veteran of World War II and of the Southern Baptist Christian faith.

Mr. Ratliff worked as a roughneck in the oil fields and had also worked at Coast-to-Coast, Buggy Bath, BiRite Liquor, as a dynamite truck driver, and manager for a jewelry factory in Rhode Island.

His family said that in his younger days, he enjoyed square dancing, hunting, fishing reading, and, more recently, spending time with his grandchildren.

Memorials may be made to the Shrine Children's Hospital Travel Fund or Little Wind Hospice, in care of the Davis Funeral Home, 2203 West Main, Riverton WY 82501.