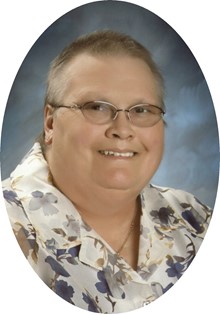 Guestbook 10
Memorial services for Jean Cox of Riverton will be at 2 p.m. Monday, April 20, at the Davis Funeral Home. Cremation has taken place.

Mrs. Cox died at Riverton Memorial Hospital on Tuesday, April 14, 2009, after a four and a half year battle with cancer. She was 57.

Emma Jean Robinson was born in Rawlins on May 29, 1951, to Woodrow and Idabell Robinson. She was graduated from Rawlins High School and went on to spend eight years in California, then returned to Wyoming.

Mrs. Cox spent most of her life working in the food service industry. She was employed at Safeway in Riverton for 14 years where she worked in and managed the deli department until August of 2008 when she had to retire, due to her health conditions.

Her family said Mrs. Cox loved spending time with her family and Mr. and Mrs. Cox enjoyed traveling around the country with their camper. She was an avid bowler and through the years had held several positions on board of the Wyoming Women’s Association, YABA, and State Bowling Council. In 2008, she was elected to the Wyoming Bowling Council's Hall of Fame which cited her as "an outstanding ambassador for the sport of bowling in Wyoming."

She was preceded in death by her father, Woodrow, and brother, Carl.

On-line obituaries are available and condolences for the family may be made at: thedavisfuneralhome.