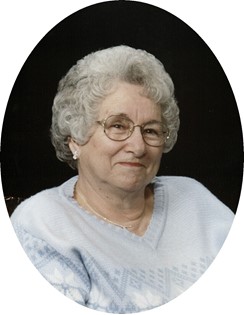 Funeral services will be conducted at 10:00 a.m. Friday, April 24, 2009 at Davis Funeral Home in Riverton with Pastor Jim Smith of Faith Baptist Church in Shoshoni officiating. Burial will follow at Mountain View Cemetery in Riverton.

She received her nurses’ training in California and was a licensed practical nurse until her retirement.

She married Gene Van Winkle in Prescott, Ariz. He preceded her in death.

Ms. Hathaway was a member of Faith Baptist Church in Shoshoni.

The family said Ms. Hathaway enjoyed reading, drawing and painting, and she loved her grandchildren and great grandchildren.

Memorials may be made to the Faith Baptist Church of Shoshoni care of the Davis Funeral Home, 2203 W. Main Street, Riverton, WY 82501.