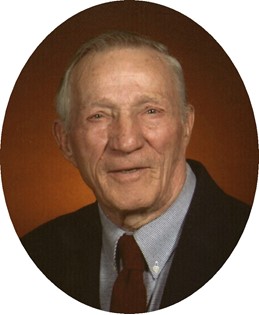 Guestbook 2
Henry L. “Hank” Bartell of Lander died Wednesday morning, April 22, 2009 at his home. He was also known as “Paca” by his eight grandchildren. He was 78 years old.

Memorial mass will be conducted at 11:00 a.m. Monday, April 27, 2009 at Holy Rosary Catholic Church with the Rev. Father Dave Erickson officiating. Flag presentation will be by the Lander VFW.

He attended the University of Texas-El Paso from 1949-1957 and was graduated with a bachelor’s degree in Mining Engineering, and Idaho State University from 1965-1967, receiving a degree in Business Administration.

Mr. Bartell served with the U.S. Navy during the Korean War and was honorably discharged.

On December 29, 1956 he married Bernadette Wegener in El Paso, Tex.

He had worked in the mining industry since 1957. He owned and operated a consulting business in mining and structural engineering from 1974-1994. He had previously been employed by Kerr McGee, Anaconda Co., Hughes Tool, Boeing Co., FMC, Gouverneur Talc and Western Nuclear.

Mr. Bartell was of the Catholic faith, and was a 50 year member of the Knights of Columbus.

He was a member of the American Association of Mining Engineers (AAME), Sigma Gamma Epsilon, Phi Kappa Tau and the “8 a.m. Coffee Group”.

The family said he enjoyed sailing, backpacking, skiing, coin collecting, computers, and was an avid reader. During the last 15 years his love was playing golf.

He was preceded in death by his parents Bruce and Edith Bartell and brother Bruce Bartell, Jr.

Memorial donations may be given to the Wyoming Catholic College or Little Wind Hospice, in care of Davis Funeral Home, 2203 W. Main, Riverton, WY 82501.