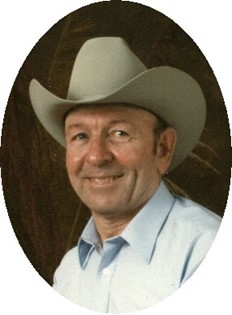 Guestbook 15
Memorial services for Chuck Lane of rural Riverton will be at 10 a.m. Saturday, May 2, at the Davis Funeral Home of Riverton. Inurnment will follow at Mountain View Cemetery in Riverton.

He grew up in Oklahoma and Texas, raised by his brothers and sisters, aunts and uncles, after his mother died when he was two years old.

He was graduated from high school in Duncan, Okla. In 1943.

Mr. Lane worked as a cowboy, working on the Pitchfork Ranch in Texas, the Wagoners Ranch in Texas, and for the Spur Feeding Company in Glendale, Ariz. He lived in Casa Grande, Ariz., for 35 years and moved to Riverton in May of 2008.

Mr. Lane was of the Baptist faith.

He was preceded in death by his parents; his wife, Caroline; a son, Cody Lane; brothers, Joy, Orval, Harval, Eulice, Odes, Cecil, and Willy, and a sister, Dovi.

Memorials may be made to the Alzheimer's Foundation or the American Lung Association, in care of the Davis Funeral Home, 2203 West Main, Riverton, WY 82501.