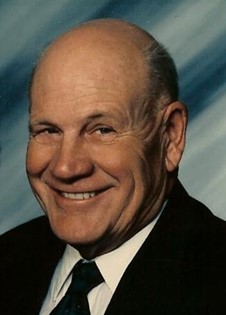 Guestbook 3
A Celebration of Life memorial service for Riverton businessman and civic leader Robert M. "Bob" Sackett will be at 11 a.m. on Friday, May 15, at the United Presbyterian Church in Riverton.

He was graduated in 1944 from Natrona County High School, where he was active in football, basketball, and track. He attended Casper College.

On Feb. 7, 1944, he was inducted into the U.S. Army. He served on New Guinea, in the Southern Philippines, and on Luzon, primarily in the construction of electrical lines for reoccupation. He received the Liberation Service Ribbon, Asiatic Pacific Theater Service Ribbon, Good Conduct Medal, Meritorious Unit Award, and Victory Medal. He received his honorable discharge as a Staff Sgt. Feb. 17, 1946.

Mr. Sackett was a master electrician and he was owner and operator of Riverton Electric Co. for 40 years.

He was a charter member of the Riverton United Presbyterian Church in 1959.

Mr. Sackett was a 59-year member of the Masonic Lodge AF&AM with dual memberships in Casper and Riverton and was a past master of Riverton Lodge 26. Mr. Sackett also held memberships in all the Masonic orders for over 50 years. He was a 33rd degree Mason through the Scottish Rite, a member of the York Rite, and the Shrine, having served as potentate of Kalif Shrine in 1986.

In addition, he was a life member of the American Legion, Kiwanis Club, Riverton Chamber of Commerce, Veterans of Foreign Wars, and B.P.O. Elks Lodge, where he held offices and life memberships.

He served 12 years on the Wyoming Fire Prevention and Electrical Safety Board, received the Riverton Chamber of Commerce Industrial Service Award, Community Service Award, Boss of the Year, and Riverton Railroaders Ambassador awards.

Mr. Sackett was a member of the National Electrical Contractors' Association and served as president and governor of the Wyoming chapter.

He was active in Riverton youth organizations, serving as sponsor for 4-H, Girl Scouts, Job's Daughters, and was on the board of directors for the Wyoming North/South Shrine football games, including several terms as president.

Memorials may be made to the Shrine Hospital for Crippled Children, or the United Presbyterian Church of Riverton, in care of the Davis Funeral Home, 2203 West Main, Riverton, WY 82501.