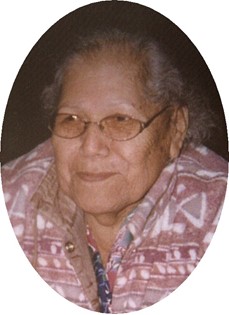 Funeral services will be held at 10:00 a.m. Saturday, May 16, 2009 at St. Stephen’s Mission with burial to follow at the Arapaho Catholic Cemetery. The Rev. Father Robert Hilbert will officiate. A feast will follow the services at Great Plains Hall.

Edith attended school at the St. Stephen’s Mission. On February 6, 1949 she married Lloyd James Dewey, who preceded her in death on June 15, 2008. Together they raised their eight children on the Arapaho Ranch in Thermopolis, WY.

Edith enjoyed being around family, friends and relatives. She was an avid beader and enjoyed going to all powwows.

Edith loved all of her children, grandchildren and great grandchildren, relatives and friends. She will be greatly missed by all.

Memorial donations may be made to the Wind River Dialysis Center, in care of the Davis Funeral Home, 2203 W. Main, Riverton, WY 82501.