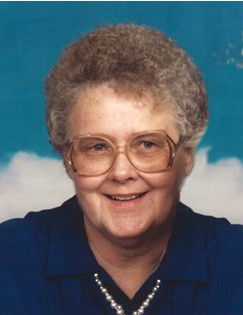 Guestbook 6
Viewing, Wednesday, June 3 from 10:00 am to 12:00 pm at Davis Funeral Home. Graveside memorial services for Charlotte Ann (Wing) Wentworth, 68, will be held 1:00 p.m., Thursday, June 4, 2009 at the Meeteetse Cemetery in Meeteetse, Wyoming. Services are under the direction of Davis Funeral Home.

Charlotte was born June 13, 1940 in Thermopolis, Wyoming, daughter of Joseph M. and Marjorie Lena Pearl (Gooch) Wing and was raised at Hamilton Dome. She received her schooling in Thermopolis and graduated from Thermopolis High School. Following graduation she married Darel Wentworth on November 10, 1957. The couple moved to Lander in 1960 and then in 1987 moved to Anchorage, Alaska. They lived there until 2002 before moving to Riverton.

She first worked as a waitress at the Fremont Hotel and then worked at the Wyoming State Training School for 20 years. She was the first female Police Officer in Lander in 1979 and worked there until 1987. While in Alaska, she worked as a security guard for various companies for 15 years.

Charlotte received several certificates of completion for working with the mentally disabled while at WSTS. She attended the Police Academy in Douglas. She received several commendations from Lander Police Department and F.C. Youth Services. In 1996 she completed a Course of Instruction for paralegal studies.

As a member of the Lander Police Force she was very active in Youth Council and a member of the Child Protection Team. She raised money for St. Judes Children’s Research through Bikeathons (Bike Rodeos), teaching bicycle safety in Lander, now being taught by Injury Prevention Resources. She was a Board Member for the Lander Senior Center in 1983, also serving as Board Member for the Lander Snowdrifters and was selected as Who’s Who of American Women in 1979.

Her family said that Charlotte enjoyed watching model airplanes being flown, gardening, bird wathing, camping, as a young woman she raced motorcycles, and enjoyed riding street bikes and snowmachines. When she wasn’t working she spent every minute with her husband, Darel.

She was preceded in death by her parents, husband, Darel Wentworth, and half sister Paulene Hurd.