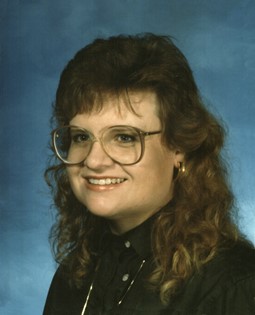 Guestbook 2
A Praise and Worship Service for Theresa J. Witt of Riverton will be at 1 p.m. Saturday, June 6, at the Davis Funeral Home of Riverton. Pastor Kirk Clark of the Hudson Baptist Fellowship will officiate.

She was born on Jan. 14, 1957, the daughter of Stanley Jerol and Helen (Anselm) Yocum. She grew up in Riverton and was graduated from Riverton High School with the Class of 1975.

She received her Bachelor's degree in elementary education from Chadron State College in Nebraska in 1979 and was working on her Master’s degree in education.

She married William Charles "Willie" Witt on May 29, 1982, at the Sinks Canyon Field Station the couple just celebrated their 27th anniversary.

Mrs. Witt was a school teacher who taught a variety of subjects in first through sixth grades in many communities.

She was preceded in death by her parents; a sister Martha Ore, and father-in-law, Gordon Witt in 2008.

Memorials may be made to the Help for Health Hospice Home in care of the Davis Funeral Home, 2203 West Main, Riverton, WY 82501.