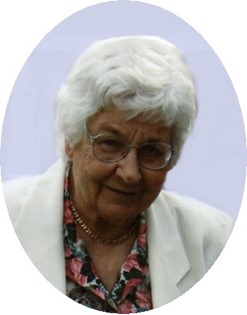 According to her wishes, no services will be held.

Helen Margaret Sproha was born in Munson, Penn., on May 14, 1923, the daughter of Joseph and Anna (Fezszah) Sproha. She grew up in Wharton, N.J., and was graduated from high school there.

She married Boyd D. Sebade on July 16, 1944, at St. Mary's Catholic Church in Wharton. Mrs. Sebade was a homemaker.

She was of the Catholic faith and a member of Holy Rosary Catholic Church in Lander.

Her family said Mrs. Sebade enjoyed knitting, sewing and making clothing for the family, baking, gardening, going to the mountains, playing poker, especially with her family, and loved being with her grandchildren.

She was preceded in death by her parents; brothers, Andy and Joe Sproha; a sister, Elizabeth McCarthy, and a son, Dave Sebade.

Memorials may be made to the Little Wind Hospice, in care of the Davis Funeral Home, 2203 West Main, Riverton, WY 82501.